Ten Days with Steve Jobs
next 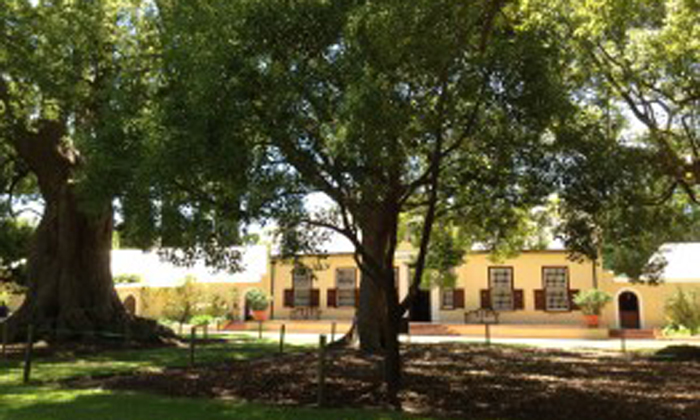 I look around. Where am I? Just white walls, and foreign faces belonging to peoplewearing white coats. I’m scared, and fascinated. I dare to ask: “Where am I?” A friendly voice answers in French: “You are in Lausanne hospital. You had a skiing accident.” Accident? I look around again, searching the room for my daughters. I can see things clearly, but don’t have my glasses…I must be still be wearing my contact lenses. The white coated people show me an emergency button that I can push. Soon, perhaps only seconds later, I do push it. “Where am I?” I ask. (I have a faint feeling that I have just asked that question, but I can’t remember the answer). The process of asking and forgetting repeats itself, over and over again.
The first face I recognize is that of my husband, Marcus. I look at him, and feel deeply relieved. He must surely understand what’s going on…
“Where am I?”
“You are in hospital darling, you have been airlifted and arrived hours ago.”
“Why?”
“You had a skiing accident. You hit your head. You were wearing a helmet – it’s going to be ok!”
“Why are we in Lausanne?”
“We came here some days ago to ski, with the girls.”
He later told me that we had this same conversation dozens of times. After about 30 seconds I would just restart with the first question.

Marcus, who arrived at the hospital after a 2-hour drive from the mountains, was pretty scared. I had severe concussion, and was therefore suffering from both retrograde and anterograde amnesia. Basically, the trauma made large numbers of my brain cells sick, without actually killing them. While sick, the brain cells under-perform, maintaining a continual state of confusion.

It seems strange, with hindsight, that even in my confusion I felt extremely peaceful during that evening. I wasn’t to know of all the pain and despair that would come later. Right then at that moment, I had no past and no future. I lived only in the most constricted here and now. I remember a lightness, a calmness that I had never experienced before.
It became clear that I had to fully rest in order to recover. It was perhaps the first time in my life that I have had to rest physically, emotionally and mentally all at the same time. If you break a leg, you lie in bed and spend your days reading a book. If you are mentally exhausted, you can go on a long, peaceful walk. This time however, all I could do was lie down in a dark hospital room. I could not read, or walk, or even listen to music. Initially I probably slept for days in a row. I think of this as my first phase of recovery.

Then at some point the time spent awake got longer and longer. I realise now that what really helped me, perhaps even saved my life, was that I had practised meditation for thirteen years previously; I could use my imagination to transform my surroundings into a meditation cave, and to think of myself as being on an intense meditation retreat. I spent around eight to twelve hours meditating, for at least ten days. This was recovery phase two. Periods of emotional despair did hit, but they were quite short and not as intense as I thought they would be. The meditation kept insanity at bay.

The third phase came when I realized that my brain was healed enough for me to listen to things, and to take them in. I couldn’t yet use my eyes to read, and I still wasn’t able to stand. So I started by listening to music, and then I downloaded an audiobook: Walter Isaacson’s biography of Steve Jobs, which I had always wanted to read. It took me around ten days to listen to the 25 hours of audiobook, and the experience was intense. I suppose the physical environment created an unusual level of intimacy with the book and its character. Lying there in my bed, with no other sensorial stimulation apart from food deliveries three times a day, the 2.5 hour long daily dose of Steve Jobs was my only connection to the outer world. After a while I started having dreams in which I had long dialogues with Steve himself. My husband joked that he was only able to handle this knowing that Jobs is dead. He calls it “the ten days my wife spend in bed with Jobs.”

Phase four of the recovery was to finally start working again. I began with one phone call a day until, after several months, I was able to work full-time. I continued to suffer some blows, to find myself struggling to do things once considered easy, but I pulled through. One amazing moment was the evening before my first business flight after the accident. I was trying to pack my suitcase and just could not do it. It was quite a knock for me; I thought I was used to packing for multiple weekly trips. I didn’t know what to put into the suitcase, or where to start. I gave up, sat down on the floor, and started crying. My 9 year old daughter came to me, gave me a hug, looked me in the eyes and told me: “Mama, you are a beautiful and strong woman. Believe in yourself!” My 4 year old ran out of the room, returned with a brush, and started silently brushing my hair. She had never done that before. I was touched and extremely thankful. After a long hug, I was able to go for it.

The whole recovery experience has been transformative. The period of time spent with the Steve Jobs Audiobook was particularly important, because it put a vital perspective on myself and my life. I was relieved to realise that I do not have to be perfect to be successful; I am already good enough. So this has become my message – especially for women around me: we all have our own inadequacies, but we are great at the same time. Forget the guilt, forget the feeling of not being good enough or the need to prove yourself to others, and stop continually neglecting your own body and soul.

I have become acutely aware of my strengths and weaknesses, of my positive and negative characteristics, and the biography took me on a journey of actually accepting and integrating my darker side. I never knew before what it really meant to “integrate your shadow”, to become whole as a person and to accept everything that makes you who you are. I was fighting parts of myself that I didn’t like: the part that expects a lot, sometimes too much of others; the part that becomes impatient and emotional when things don’t happen fast enough or in the right way; the part that drives me to work until exhaustion. During those days of recovering, I became friends with those mini “Amels”. I recognised that they have brought me where I am today. They made me successful. From my hospital bed, I started conversations with those parts of me. I would picture how they look, and imagine myself sitting with them on a train journey. I would have conversations which were both revealing and inspiring. They weren’t always easy. Sometimes there would be tears, anger, fighting…but we would always resolve the conflicts and end our dialogues at peace.

I am extremely proud of having been able to keep my meditation practice going. I do it at least once a day, often twice, for 30 minutes. I do it during meeting breaks or flights, even asking for longer pauses during workshops. I have been taking care of myself well.

I’ve developed a mantra that I’ve been practicing for the last year since my accident: “what other people think about me is not my business”. I feel very peaceful and calm, and at the same time energized to follow my dreams.
I am grateful for all who helped me in 2013: my family, friends, colleagues, clients and my ten days with Steve Jobs.