Public Education: The pathway to my success as a businesswoman
next 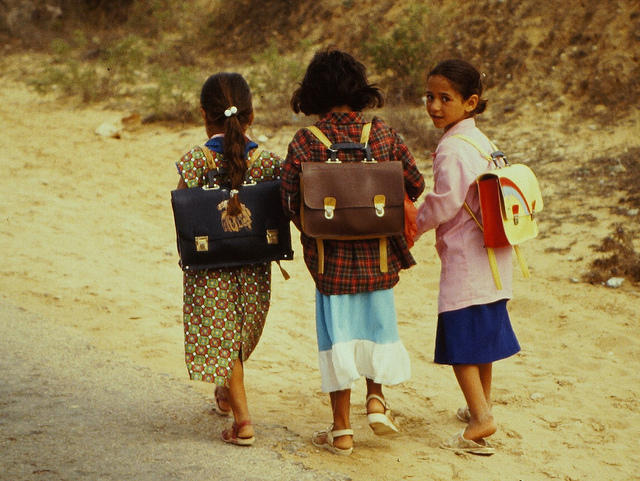 Growing up in Tunisia, education meant the difference between having a future and falling into the cycle of poverty, limiting the ability for one to reach their full potential. As a young girl, I was lucky enough to attend the country’s public school system which President Habib Bourguiba created to make education free and available to all Tunisians. Though it was a highly debated initiative given the fact that many people still lacked access to running water and reliable electricity, public education was paramount to Tunisia’s growth today. Before Tunisia gained independence from France, less than a quarter of the country’s population had this opportunity — and more often than not, those who did were a privileged minority.

Education, as it turns out, would prove to save the entire country from future conflict. And I was fortunate to witness this transformation first hand as I would go on to collaborate with government leaders as Tunisia’s first female Minister of Tourism.

Since education became a legal right in 1958, nearly the entire primary school-aged population, male and female, attend grade school today and the majority of whom go on to enroll in secondary school. Tunisia now boasts youth literacy rates at or above 96 percent.

As a businesswoman, politician, and researcher for both the Maghreb Economic Forum “think-and-do” tank and the International Commission on Financing Global Education Opportunity, I continue to fight for every child’s right for education. Today, there are an estimated 75 million children whose education was disrupted due to conflict and emergencies. Without a more inclusive dialogue that facilitates the role business leaders can play when collaborating with government figures and civil society to deliver innovative learning solutions, children may continue to be left out of the classroom.

As a CEO for a consultancy firm for many years, governments used to talk at me, not with me. But now, I am able to advocate for the business community’s role in delivering education to world leaders at events like the Supporting Syrian and the Region conference this past February and GBC-Education’s high-level event that joined members of all sectors alongside the IMF-World Bank meetings in D.C. this past April. The private sector role is not as simple as contributing finance — in fact, finance is much more impactful when it’s accompanied by practical suggestions and ideas. Technology, for example, can offer innovative methods delivering education to refugee children.

Education is, I believe, the single best investment society can make for its future. As the newest addition to GBC-Education’s Advisory Board and a Commissioner for global education, I am fully committed to create space and to build bridges between government, business, and the public sector to get out-of-school youth in school, rather than laced up in a suicide vest.